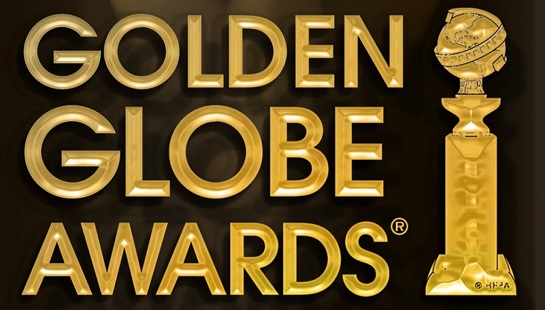 The nominations for the 2015 Golden Globes were released a few days ago. So I figured I’ll go ahead and give my two cents on not only who I think will win but also who I want to see win. The word on the street of who will win and who I would like to win don’t see eye-to-eye on everything so I thought I just go ahead and give you my predictions for both just for the fun of it. It’s probably obvious but since I only talk about movies around here, I will only be predicting the movie side of things (except for the ‘Best Foreign Language Film’ nominations. not going to even lie and pretend like I’ve seen or know anything about any of those movies).

Who I Want to Win: Boyhood

As of right now only one of these movies have been in my area for me to see so this answer could change once I see the rest. I think Foxcatcher will ultimately be my favorite of the bunch by that’s just a guess. That doesn’t mean Boyhood isn’t a great movie though. I just had to add an imaginary asterisk by the pick.

Who I Think Will Win: Boyhood

Who I Want to Win: Rosamund Pike, Gone Girl

Usually I would pick Jennifer Aniston over anybody because she is ‘Friends’ alumni. I was actually really leaning towards picking her even though I haven’t even seen Cake but Rosamund Pike did such a great job playing that psycho in Gone Girl that she had to be my choice here.

Who I Think Will Win: Julianne Moore, Still Alice

Who I Want to Win: Jake Gyllenhaal, Nightcrawler

Jake Gyllenhaal has became one of my favorite actors over the last two years and he put up his best performance in this movie so he should go on and take home the award.

Who I Think Will Win: Eddie Redmayne, The Theory of Everything

Who I Want to Win: Alejandro González Iñárritu, Birdman

Gone Girl is my favorite movie of the nominees here but the technique used by Alejandro González Iñárritu in Birdman was so cool to watch. The flow of what seemed like a movie with barely any cuts between scenes was a treat to watch.

Who I Think Will Win: Richard Linklater, Boyhood

Who I Want to Win: Birdman

A great movie with great performances from its cast. Why shouldn’t it win? Oh yeah, and it was funny too.

Who I Think Will Win: Birdman

Who I Want to Win: Emily Blunt, Into the Woods

Once again, I haven’t seen any of these movies yet so I’m not basing this pick on anything really. I’m just more of an Emily Blunt fan over the other nominees (even though I really like Amy Adams as well) thanks to her talent and beauty so I’m going to roll with her on this one. With that said, if I go see Into the Woods I probably won’t even like the movie so…yeah.

Who I Think Will Win: Amy Adams, Big Eyes

Who I Want to Win: Michael Keaton, Birdman

Aaaahhhhh I remember the good ol’ times when Leonardo DiCaprio won this award last year…but OK enough reminiscing. As of right now Michael Keaton holds the edge here. His performance was great so he definitely deserves it. I’m just not sure how Joaquin Phoenix’s performance will fare once I get to see Inherent Vice.

Who I Think Will Win: Michael Keaton, Birdman

Who I Want to Win: Gone Girl

The journal entries used in the movie are  a big reason I’m giving Gone Girl nod here. Those moments played a pivotal role in swaying the mystery in the movie back and forth.

Who I Think Will Win: Birdman

Who I Want to Win: Edward Norton, Birdman

I could of easily went with J.K. Simmons here because I feel him and Edward Norton are on the same level with their outstanding performances. I decided to break the tie with the person who was in, what I thought was, the better movie.

Who I Think Will Win: J.K. Simmons, Whiplash

Who I Want to Win: Emma Stone, Birdman

Emma Stone is one of my top two favorite actresses and she showed she could hold her own with some other great performances being put on around her in Birdman so it was easy for me to choose her as my would be winner for this award.

Who I Think Will Win: Patricia Arquette, Boyhood

Who I Want to Win: The Lego Movie

The Lego Movie is one of my favorite movies of the year so it should basically win this one by a landslide. Even though Big Hero 6 and How to Train Your Dragon 2 are great movies as well, they just came out in the wrong year to even stand a chance in my opinion.

Who I Think Will Win: The Lego Movie

Who I Want to Win: Tegan and Sara, “Everything Is Awesome” (The Lego Movie)

Oh wait, this song wasn’t nominated? Well it should be. Hopefully the Oscars get it right. This song is so catchy and had everyone, from kids to adults, singing the song as they walked out of the theater. That sounds like a ‘Best Original Song’ winner to me.

Who I Think Will Win: Lorde, “Yellow Flicker Beat” (The Hunger Games: Mockingjay — Part I)

Who I Want to Win: Hans Zimmer, Interstellar

I kind of wanted to go with Trent Reznor & Atticus Ross here because I really liked the haunting score they did in Gone Girl but Hans Zimmer is my favorite and he did his typical Hans Zimmer (which is a good thing) in the great and confusing Interstellar. So for me, he gets the edge here.

Who I Think Will Win: Antonio Sanchez, Birdman

Who I Want to Win Numbers:

Who I Think Will Win Numbers:

Either way, I guess I see Birdman dominating come January 11th. I’ll have to do a comparison after the actual award show ends to see how right my predictions were. No promises though. Now if you disagree with my picks, comment below and give me your choices. If you agree with me, go ahead and tell me how right you think I am.

UPDATED: See how my predictions fared by going to my 2015 Golden Globe Predictions: The Outcome.