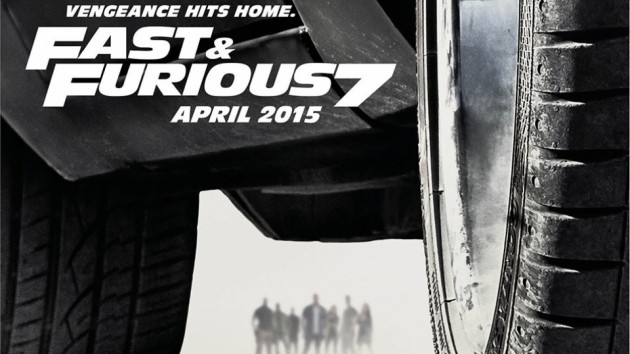 ‘Fast and Furious 6’ gave me such an adrenaline rush that I couldn’t wait for the SEVENTH one in the franchise to come out. Who would of guessed this franchise would have at least SEVEN movies and it’s popularity would begin to take off with the fourth or fifth one. Certainly not me. But with all the anticipation I had for this movie, some came from seeing Paul Walker taking part in the franchise he helped build for the last time. So sad. For me I predicted that this would be the saddest movie of the year and it lived up to that (nope I’m not even joking). During the last few moments of the movie I got some serious chills and let one tear fall from my eyes. So let me just say I don’t start feeling all emotional for any ol’ movie or person.

Taking place sometime after ‘Fast and Furious 6’, Dom (Vin Diesel) and his “family” are getting used to their new lives back in Los Angeles but for some of them that is hard to do…cough cough…Letty (Michelle Rodriguez)…cough cough…Brian (Walker). When the brother of their last “enemy” shows up to get revenge on Dom and his team for putting him in a coma, the “family” must come back together to seek their own revenge…and to stop a powerful weapon?

Yeah, I Liked That

The action in ‘Fast and Furious 6’ was ridiculous, unrealistic and awesome. I didn’t know if this installment would go backwards in any of those areas but thank goodness it didn’t; Things actually got amped up. The action got a lot more ridiculous, a lot more unrealistic, and a lot more awesome this time around and kudos to my boy James Wan and everyone else behind this production for that. Man, where to start… Let’s start with the airplane drop scene and the action on the Caucasus Mountains that ensues. We get a taste of what the cars dropping from the airplane looks like in the trailer but it looks even more unrealistic and awesome when it plays out in full in the movie. Just seeing those heavy cars descending in the air and then the parachutes bringing the vehicles roughly to the ground AND THEN the action-packed chase down, that it quickly leads to, was simply a thrill. Now, the actual chase down of the 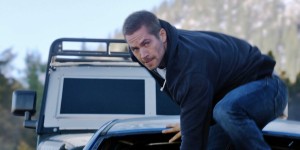 bus that was carrying the character Ramsey (Nathalie Emmanuel) was my clear favorite scene of the movie. I was smiling from ear to ear the whole time. The entertainment level was on 10 the entire time. We get to see Walker vs. Tony Jaa in a great fight scene that also upset me a little because it teased Walkers improved ability to look like he can actually fight knowing we won’t get to see that in anymore ‘Fast and Furious’ movies or frankly any movie. We also get to see the scene end in the fakest way possible. The way it ended could only work in a ‘Fast and Furious’ movie. Any other movie, I would complain so crazy about the movie being dumb and way too unrealistic. But when it comes to ‘Furious 7’, I will do nothing but praise it.

The finale battle was also an epic spectacle to watch. We get to see a cool and, again, UNREALISTIC person pass off from one car to another. The final confrontation between Dom and, the movies antagonist, Deckard Shaw (Jason Statham) was another sweet one-on-one match-up in the movie. The only thing it was missing was lightsabers. Replace the big ol’ wrench and broken car pieces they were using and insert some lightsabers and I wouldn’t of even screwed my face up in confusion at what I was seeing. The inclusion would of fit in perfectly to me. Also, Hobbs (Dwayne Johnson), who wasn’t in the movie for awhile up until this point, returns in ridiculous fashion. His over-the-top antics during the third act reminded you that Johnson was missed for a majority of the movie. Lastly, it’s only right the battle ends in an unbelievable way, similar to how the Caucasus Mountains scene ended. You got to love it but all the unrealistic elements in ‘Furious 7’ force me to believe that the latest ‘Fast and Furious’ movies are basically superhero movies. There’s no changing my mind because the things that Dom does can only be done by a superhuman or superhero or whatever you want to call it. His team also does their fair share of superhuman things too so…yeah.

I know I’m only focusing on the action in this movie but I can’t help it. It’s a big reason why the movie is so enjoyable. Yes, it has its funny moments led by the banter between Tyrese and Chris ‘Ludacris’ Bridges. Yes, it has its emotional moments (like the send off for Walker at the end that had a certain person typing this in his feelings even with the obvious use of CGI and the addition of Wiz Khalifa’s terrible bars from his song ‘See You Again’ that was used for the scene. only the chorus was needed to bring the tears. the sound of Khalifa’s voice almost made my chills go away and the one tear I shed reverse course and head back up to my eye where it was supposed to be in the first place but I feel I’m getting a little off subject). Yes, Wan did a good job directing this movie (in my opinion) by differentiating the directing style of this installment when compared to the others with the use of some of his signature techniques (like the quick, frantic and circular camera movements around a character in their solo shots while preparing for the battle in the third act). But the action is still the head honcho at the end of the day. I mean, we get to see Rodriguez get the unfortunate pleasure of again fighting one of the most dangerous women in the world by going up against Ronda Rousey (after she had to fight Gina Carano in ‘Fast and Furious 6’). Thank goodness it looked liked Rousey’s character had the upper-hand because if Rodriguez was just beating her up easy in that fight, I might of walked out of the theater because that fakeness would be taking things too far. I mean, I have my limits. Now I’m going to FINALLY end this part of the review by saying that in the movie Dom and Shaw hilariously run their cars into each other multiple times for now reason and I loved it. That is all.

I loved the movie clearly but let me touch on a few of the things I wasn’t a big fan of. First, I would of liked to see Dom’s reaction when he found out that Han (Sung Kang) was killed. It was barely inferred (how do we know Dom connected the dots of the package coming from Tokyo and then getting an anonymous call leading to the package blowing up to Han being dead? i personally would of struggled to come to that conclusion) but I would of liked to see it actually be stated to Dom on screen and then see how he initially took it. Maybe he would of cried then quickly 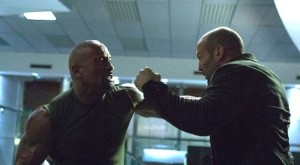 realized that’s not his thing; I don’t know. Another thing I didn’t like was the amount of screen time for Johnson. He had a nice fight scene with Statham at the beginning then basically vanished from the movie only to then come back at the end. His scenes in the movie were entertaining, like they were in ‘Fast Five’ and ‘Fast and Furious 6’, so I feel more of him would of only added to the quality.

Now let’s talk about Shaw. Statham played him the way he plays most his characters and that’s with that tough guy attitude and that was fine. The problem with Shaw was the way he was used. At the end of ‘Fast and Furious 6’ he was teased as the next villain so you would think he would of been the main villain but that’s not really the case. To me, he was more of a pest that just kept showing up to distract Dom from whatever he was doing so they can settle their own personal beef. Djimon Hounsou’s terrorist character seemed to be more of the over arching antagonist even though he wasn’t in movie as much. I just feel like they shouldn’t of teased Shaw of being that DUDE if wasn’t going to completely be that DUDE. Speaking of Shaw, I stated that his last fight with Dom was a good one but I didn’t mention how the ending was a letdown. Well, I’m doing it now. The end was…a letdown. I wanted one of those guys to do to the other what they had been threatening to do all movie but it doesn’t exactly play out that way and I was kind of disappointed by that. I won’t say exactly what happens because I feel like I have spoiled to much already. You’ll just have to watch it for yourself if you haven’t done so already.

‘Furious 7’ gave you chills and thrills. It left you sad and excited. It gave you sad CGI goodbyes and great fake action. Unfortunately Walker won’t be able to participate in this great franchise (he helped build) anymore and it sucks because it seems like it won’t be slowing down anytime soon which is crazy seeing how it’s SEVEN MOVIES IN.

P.S. Once again here is my rating scale. There are four different levels. Below is each level in order from best to worse and what each one means.

Must Own = A movie that is so good that I must add it to my Blu-ray collection when it comes out.

Would Accept as a Gift = I enjoyed the movie but don’t necessarily have to buy it (especially if I don’t have the funds to) myself but I would take it if someone bought it for me.

Might Rent = A movie that if I have the urge to watch again then I’ll just rent it from somewhere or Netflix it.