Alright, I’m back with the top 10 movies I’m anticipating the most for 2018. You’ll see some obvious choices and you might see some not so obvious choices. But you’ll never know unless you read on. So go ahead and read on because you know you want to.

I would love to play the game this movie takes place around, in my real life. Maybe that want is what draws me to this movie. But it looks fun and it seems to have a bunch of famous characters from numerous other properties making cameos so all that put together has made it grab my interest.

Sony is going to Sony. Attempting to make a Spider-Man universe without knowing if Spider-Man is ever going to make an appearance in said universe is stupid but starting that off-kilter universe with one of the hero’s most popular nemesis’s just seems like a rude tease. But then Tom Hardy is tacked to play the antihero and things seem like they’re being taken serious so now I can’t wait to see what the end product brings. 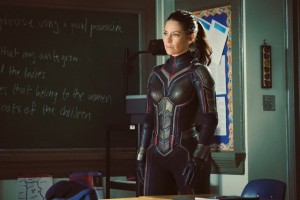 ‘Ant-Man’ was such a struggle to get to the big screen that it’s great quality was even more breathtaking than it would have been otherwise. This time around, things have been much quieter on the production front but I still expect nothing but great things from the sequel.

If I didn’t already know this was an X-Men branded movie, I would have just assumed this was a random horror movie thanks to the trailer. But since it is a horror movie as well as a superhero genre flick, I have no clue how much to which side it will lean. It definitely seems like the first of its kind and I can’t wait to see how it turns out.

Kyrie Irving is my second favorite basketball player and now he is leading his own movie? Oh, I can’t wait! I don’t care if I like the story-line or not, I CAN’T WAIT! LeBron James made a super successful transition to the big screen in ‘Trainwreck’, let’s see if Irving can have even a smidge of that same success.

After a controversial directing change midway through filming I didn’t agree with, even more of a spotlight was placed upon this ‘Star Wars’ anthology film. With all the negativity swirling around this movie, I have even more of an interest to see how this origin story actually turns out. I am still upset that we won’t get to see what all the original players that came aboard this movie would have produced together smh.

‘Deadpool’ shook up the movie industry with its fresh greatness. This sequel probably won’t have the same huge impact but that doesn’t mean it won’t be as entertaining as its predecessor. I can’t wait to see the sequel to one of 2016s best movies. I can’t wait to see one of my favorite comic book characters on the big screen again. And I CAN’T WAIT to watch Ryan Reynolds play the role he was born to play, again.

The MCU is giving us it’s first movie with a mostly black cast…and the cast is phenomenal! Add all that to the fact that the MCU is constantly putting out fantastic movies means my anticipation is through the roof! Then tack on that the trailers make the movie look amazing AND Michael B. Jordan is in it. This movie is going to be awesome! 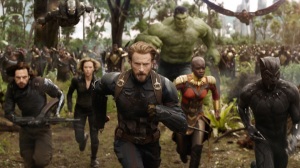 On this list, this should be numbers 1, 2, 3, 4, 5, 6 and so on and so on. That’s how much I’m looking forward to this movie. All the years and movies of the MCU have been building up to this event. I expect to see something on monumental levels and I don’t believe Marvel will let me down. And we’re going to get lucky with another event flick with ‘Avengers 4’ in 2019. It’s a great time to be a Marvel fan.