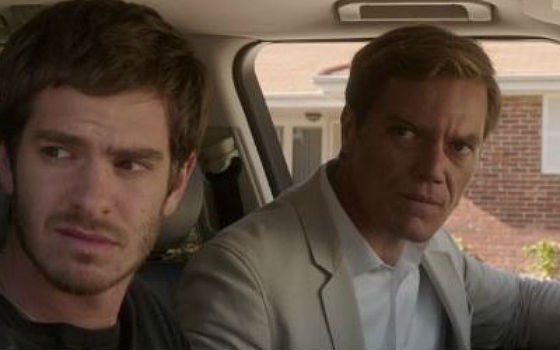 Here are the movies that came in at #49 – #40 on my complete movie list for 2015. Wow, look at me. I finally decided to pick things up and try to get this list done this year smh.

I was never a big fan of Charlie Brown and friends but this movie did a good job trying to turn me into one. The movie started out on a strong note by having great looking animation, being funny and already being better than any of those specials that come on every year for, what seems like, every major holiday. While it stayed entertaining throughout, it wasn’t able to keep up it’s high starting quality all the way through because it didn’t try to add on to what it was doing well but just tried to keep doing the same thing until it was time for the movie to end. Plus I didn’t like Snoopy’s dream sequences for some reason. They just seemed like they kept taking us away from what was good about the movie. They would have been better as shorts. But when Snoopy wasn’t dreaming, him and Charlie Brown create one of the funniest duo’s out there because of the combination of their ridiculous nature. 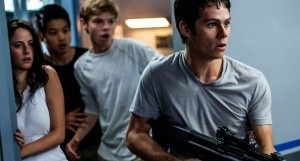 ‘The Maze Runner’ was better than I expected so I was looking forward to this sequel. In MY opinion, ‘The Maze Runner’ is the better movie but I still found this one to be entertaining. This one has more action than its predecessor and that is usually a positive. The addition of the zombie-like beings was an interesting change of pace because it kind of brought a horror vibe to the movie. The vibe felt so different from the first one and I liked that change because I prefer movies that are a part of one franchise be in the same realm but bring something different to the table. Also, my boy Dylan O’Brien was an OG in this movie even though he kept running after girls that he barely even knows but I think the fact that he was around a bunch of dudes for a while really jacked up his train of thought. What made ‘Maze Runner: The Scorch Trials’ not as strong as its predecessor was the story and the information we learned. In regards to the story, in the first one I feel there was a clear mission at hand; figure out why we’re in the maze and how to get out of it. In this one, the story was basically just keep running until we get caught. In regards to the information, the whole thing about this franchise is finding out why exactly these kids were thrown into the maze and what WCKD is doing with them. But the information we receive in this installment is almost not worth the ride. I mean I enjoy the movies but it would almost be better if there wasn’t anything behind the madness and instead this sick organization just wanted to throw these kids in these bad situations for their sick amusement. And don’t get me started on that Teresa (Kaya Scodelario) chick. The movie wants her to seem like this real important character but it just continues to come off as a complete fail. And she a snitch…

There’s nothing really special about this movie (except for Alexandra Diddario) but it was just entertaining for what it was. Clearly the goal was to make a fun disaster movie with The Rock (or Dwayne Johnson) as the macho hero. Making the most sense and having the best character possible probably wasn’t a top priority and I’m not surprised that those parts were weak. Johnson brought his usually presence but with nothing extra that he brings to some of his other roles, Paul Giamatti’s was poorly used because his character was basically pointless and other characters would do things that isn’t really smart (like someone doing anything to save a pretty girl he just met for 5 minutes…smh). The story had its flaws (like the use of Emma’s (Carla Gugino) boyfriend, Daniel (Ioan Gruffudd) and more) but I won’t go into all that. The movie did, for me, what it ultimately (probably) planned to do and that was give us cool CGI destruction, some bearable characters and…just fun.

Johnny Depp finally reminded the world that he actually is a great actor, when he wants to be, by putting on a great performance as the notorious Whitey Bulger. The only problem is that the movie he did it in could not match his great performance. The movie should have just been a straight biopic of Bulger’s life and incorporated his relationship with the FBI instead of his relationship with the FBI being the focal point. The movie also should have highlighted more of Bulger’s heinous acts to really instill how awful he was on-top of adding to the movies entertainment level. But it didn’t so we’re just left with ‘Black Mass’.

This movie shows you why kids can really suck some times. But anyways, it also was intriguing because its interesting mystery premise of children believing their mom isn’t who she says she is kept the movie appealing all the way to the end. Now when the end comes, things get weird and it can be viewed as good or bad depending on the viewer but at least it kept things interesting while it was doing it.

The great performances by Andrew ‘Sony Ruined My Great Performances As Spider-Man’ Garfield and Michael Shannon carried this movie from beginning to end. A movie about evicting people from their homes doesn’t sound that interesting but how the two actors approached their roles in the story is worth a watch and made this movie better than it thought it could have ever been. The end was pretty weak though because the build up makes you think something very climactic is going to happen only for the story to wimp out and nothing really entertaining actually happens.

This was some typical ‘Dragon Ball Z’ stuff; Cool animations, cool fight scenes, people dying and people getting revived. Nothing too out of the box happened but that doesn’t mean it wasn’t interesting. I mean you did have a gold Freeza and bluish haired Goku which both looked sweet. If your fan of the show and all the other movies than this is for you. The ending was interesting because everything seemed all bad thanks to Mr. “I Like to Blow Up Planets” Freeza but of course you get a nice twist that works and kind of plays into how Freeza was stopped the prior time.

Eddie Redmayne is a weird looking dude. He’s a great actor but he still looks weird. It’s like he was born to play a role that dealt with a man dressing like a woman. But anyways, watching, not just the physical transformation but, the emotional transformation of Lili Elbe was portrayed greatly by Redmayne. My girl Alicia Vikander definitely earned her Oscar for how she portrayed Gerda, the supportive wife who was put in a tough predicament within her husbands situation. The transgender story-line is very relevant to the times now so it was definitely released in the right time, which means it message should definitely hit home even more. 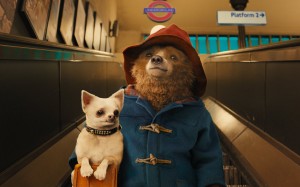 This was a nice, friendly film that is a nice break from all the violence and vulgar stuff I watch on the regular. The humor reminds me of ‘The Lego Movie’. It was nowhere near as good but the jokes were universally funny and weren’t too childish or too adult oriented. I did find it weird that humans in the movie weren’t freaking out that there was a talking bear around. They were somewhat surprised that a bear was just walking around in public but weren’t super scared or shocked like you would assume…especially since it’s a talking bear.

40. Sleeping With Other People

This not only was a funny movie (as it was supposed to be) but it actually had a story you could get into. It’s one of those romantic comedies where you actually care if the leads end up together (but not one of those cheesy ones though). And besides the script, a majority of that being the case is because of the two leads: Jason Sudeikis and Alison Brie. I was already a fan of the two so I assumed the pairing would workout well and I was finally right about something. They are already two likable actors and they were able to translate that trait over to their characters. Even with all the dirty jokes in the movie, you still walk away from this movie with a good feeling like you just watched something…lovely, yeah lovely is the word. And you kind of feel clean inside. I don’t know how but you do.